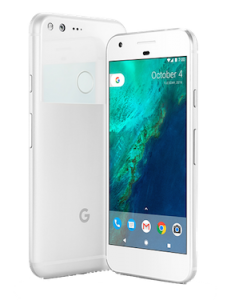 I picked up a new-to-me Google Pixel to replace my aging, beloved Nexus 5. I grabbed it off Swappa, my first-ever use of this great little marketplace. The seller offered a great price on a pristine 128GB silver version, complete with all packaging and the Daydream VR headset and four cases.

I like the Nexus (or Nexi?), but Google abandoned the Nexus line of reasonably priced "pure" Android phones before rebranding its flagship phone as a Pixel. The Nexus phone had a run through "Nexus 6." (Bladerunner, anyone?) For me, it seemed that everything went all phablet after the Nexus 5, or so it seemed. I'm not interested in a two-hander that won't fit in my front pocket. This explains my choice of the Pixel over the XL version, even though the XL seems easier to acquire aftermarket. (It's hard to get ANY Pixel direct from Google; they have a production problem.)

All was wonderful with my purchase, until I found the phone had an unlocked bootloader, which threw up cautions when the phone booted up. Turning a problem into an opportunity, I took a couple hours to research the issue. The seller was also helpful.

No biggie. I just needed to install Android Studio on my computer, open a Terminal, hook up my Pixel, and lock it down. It was a little more complicated since I didn't know the commands. But the Internet came to the rescue - again. Obstacle one overcome.

And overcoming that obstacle forced me to do some things I've been wanting to try for years: install some tools on my Mac that will enable me to root a phone to put newer versions of Android on it. I think I'll try that with the Nexus 5 down the road.

Project Fi was on my radar for a while. I figured I'd free up some shared data for the kids and the cost would mostly be a wash in the move. (I could be on Fi for $30/month, I think.) But it turned out that moving my number off the family's plan to play with Fi would not save me money. (Funny. I was sure it would.) Curses!

I am chair of the English Department, Associate Professor of Rhetoric & Composition, and director of Composition at the University of New England. My scholarly interests include new media composition, writing program administration, and Writing Across the Curriculum.